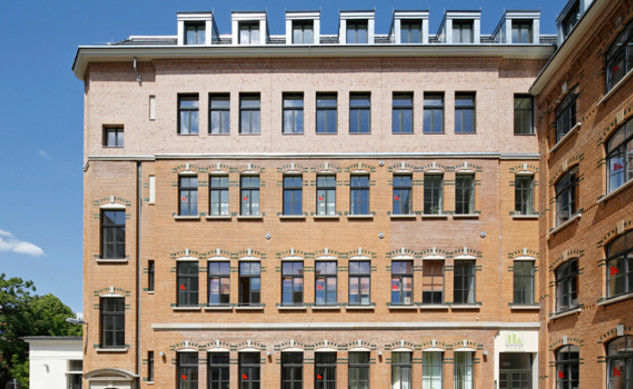 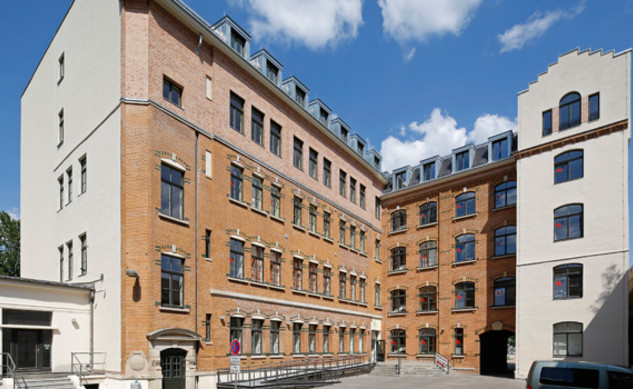 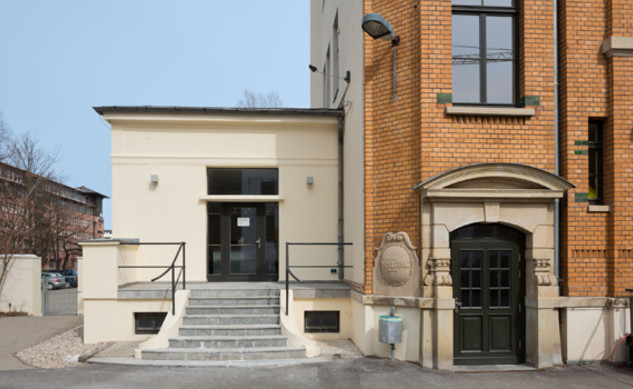 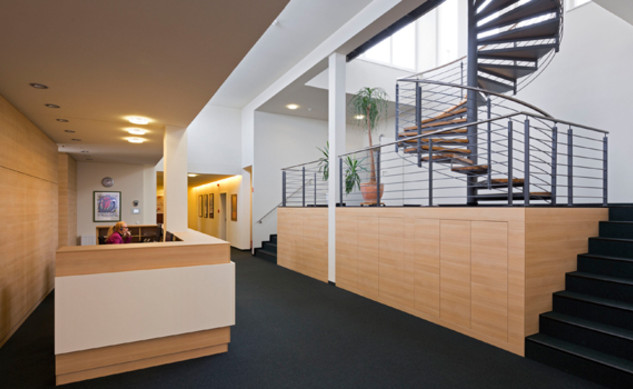 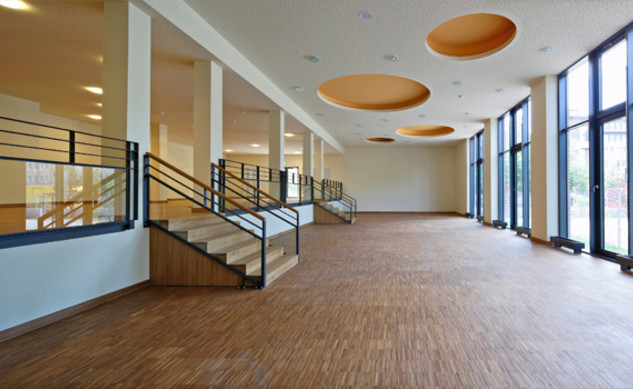 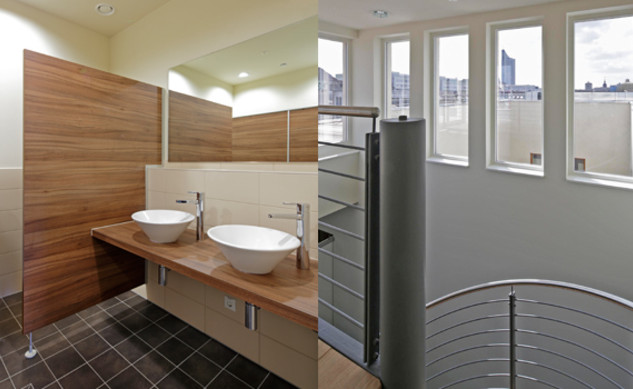 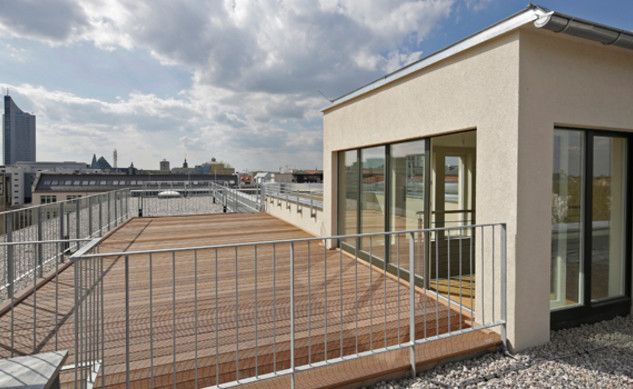 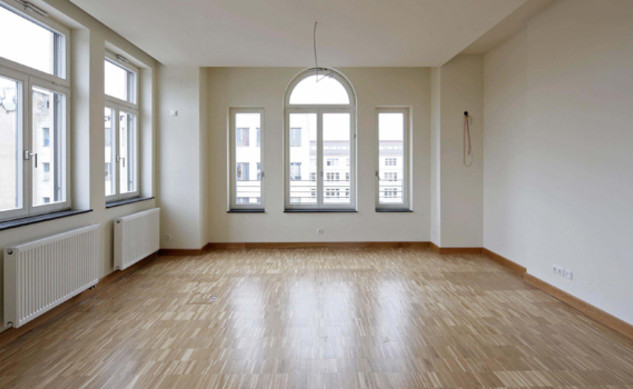 The Graphisches Viertel Campus in Leipzig ranks among the most ambitious and versatile projects in the CELLS Group’s portfolio. In 2003, an education campus was built for the independent school operator Dr. P. Rahn & Partner on the formerly derelict land of the printing house. More than 1,500 children and young people in day care centres, primary school and secondary school play and learn here in an approach which has a artistic-creative focus. In 2011 and 2012, the neighbouring plot of land with partly dilapidated offices and factories was acquired. A master plan was drawn up, approved realised for the entire area. Some of the old buildings were demolished, and gym, school and day care buildings newly erected. The historic building and buildings from the 70’s were refurbished and converted. At present, an extension to the campus is being built consisting of a triple-field sports gymnasium and a secondary school. 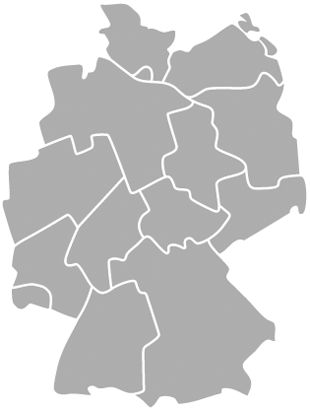